The Meat Grind – Why Grinding Your Own Meat is Better

Home / Articles / Nutrition / The Meat Grind – Why Grinding Your Own Meat is Better
Nutrition
February 20, 2013July 24, 2020By homesteady

If you have not seen the “Pink Slime” horror pics of what is being added to ground beef today, then it is high time you do some googling.

“Pink Slime” is an industry created filler that contains ammonia as a way of killing the bacteria that is commonly found in ground beef due to unsanitary processing. This filler product was developed as a response to the very real public safety issues. Many children’s deaths led the industry to search for solutions to contaminated meat products. Rather than make the processing more sanitary, they figured out that they could just add solvents to the food to kill off the bacteria. The filler also extends the beef so less actual meat is included in the same pound of beef that you are purchasing. Awesome thinking, guys.

So here we are a few years later with “Pink Slime” and Ammonium Hydroxide in our meat. It is estimated that 70% of the ground beef in grocery stores now contain these fillers. [ref]http://abcnews.go.com/blogs/headlines/2012/03/70-percent-of-ground-beef-at-supermarkets-contains-pink-slime/[/ref] Gerald Zeinstein, former USDA Scientist and whistleblower told ABC News “It’s economic fraud, It’s not fresh ground beef. … It’s a cheap substitute being added in.” [ref]http://abcnews.go.com/blogs/headlines/2012/03/70-percent-of-ground-beef-at-supermarkets-contains-pink-slime/[/ref]

Although public outcry has prompted some chains, including McDonald’s and WalMart, to discontinue the use of the filler, the USDA has reportedly ordered 7 million pounds to include in school lunch programs. [ref]http://eatocracy.cnn.com/2012/03/09/clarified-much-a-goo-about-pink-slime/[/ref] The product is proliferating on grocery store shelves as it increases profits for retailers and food manufacturers, although some manufacturers are reporting decreased profits due to the controversy since the filler was exposed to the public.

Here is the government’s official report on Pink Slime.

So what to do? The simple answer is Grind it Yourself!! 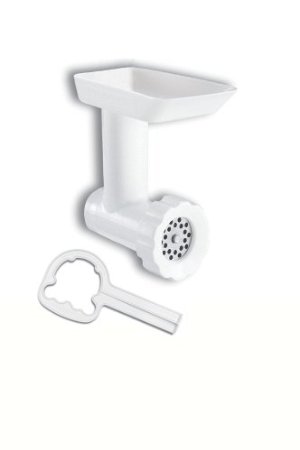 Grinding your own beef is very simple with a food grinder. It takes only moments to complete, it allows you to choose your own cuts of meat, allows you to control how the meat is handled giving you added assurance of your food’s safety.  It is also cheaper. You can purchase low priced meats and grind it for less than the ever inflating prices of pre-ground meat. You can grind chicken, turkey, beef, pork, really any type of meat. 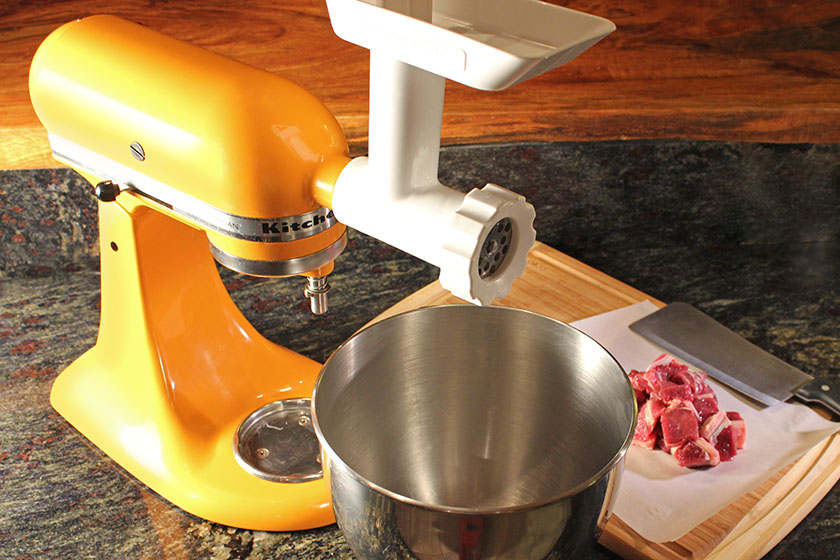 This handy little attachment allows you to use the motor from your mixer to power the grinder. I have been using mine for 5 years and it has performed perfectly. It can also be used to grind wheat berries, nuts and a variety of other foods.

For beef I typically pick up some sirloins or a chuck roast. I chop it roughly into 3 inch chunks. You toss the chunks into the tray at the top of the grinder and use the pusher tool to shove it through. The motor does the work for you and the freshly ground meat comes out the front. Just move your mixer bowl to directly below the front end of the attachment. Truly moments to complete! 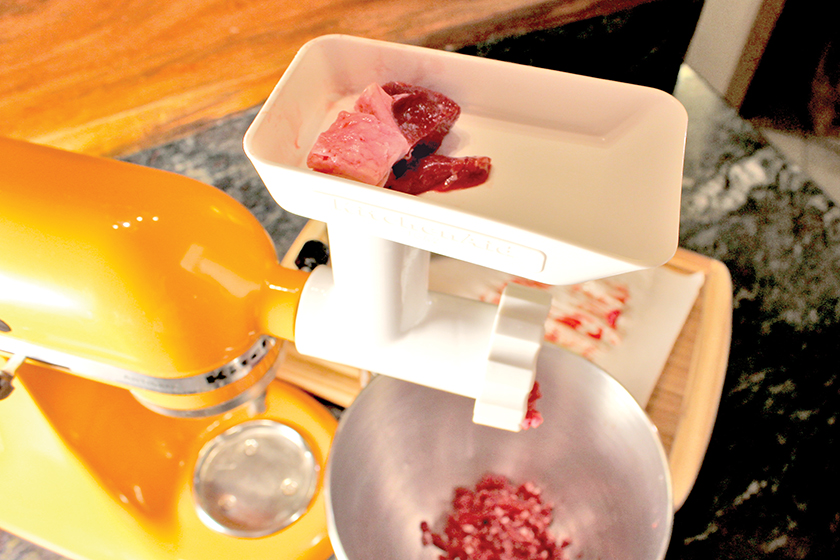 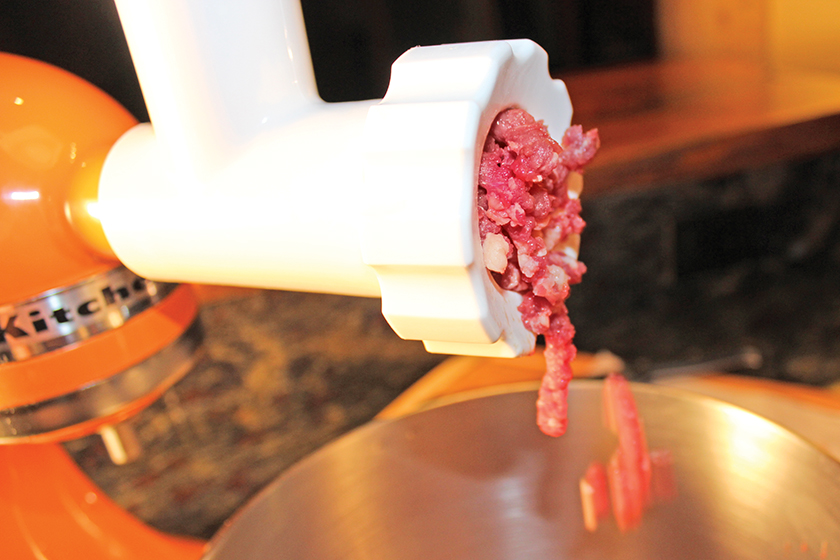 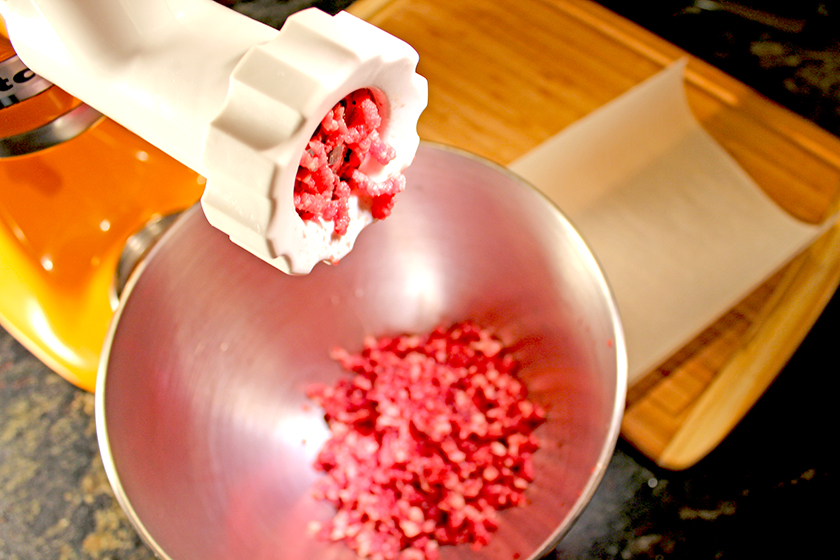 If you don’t have a Kitchenaid Stand Mixer (you should probably invest in one!), you can purchase a stand alone food grinder:

There you have it! Make it yourself the easy way!

*Update- As if on queue, Think Progress posted up an article on food safety and beef today highlighting concerns over contaminated meat. This is a valid concerns and most cows raised in factory lots have a high risk of contamination. I would encourage everyone to look around. You can find alternative meat sources that have animals who are raised humanely. Consider purchasing Grass Fed beef, your body will thank you.

Next postWhole Foods to Label All GMO Foods!

Any cookies that may not be particularly necessary for the website to function and is used specifically to collect user personal data via analytics, ads, other embedded contents are termed as non-necessary cookies. It is mandatory to procure user consent prior to running these cookies on your website.